Members of the Washington National Guard stand near a fence surrounding the Capitol in Olympia, Wash., in anticipation of protests on Jan. 11, 2021.

House Impeachment Vote: Live Updates
Ahead Of Impeachment, Security Is Tight At The Capitol

«Everybody is on…high alert in terms of making sure everyone is safe and protected,» he said. «People’s free speech can be advanced but there’s no violence.»

At the Texas Capitol in Austin, National Guard and state troopers provided security when the legislature convened Tuesday. Samuel Hall, a member of a group called Patriots for America was escorted off the grounds of the Capitol for carrying an AR-15 rifle. He said he’s told members to be careful to follow the law.

«It’s a very intense political environment right now,» he said. «Especially with what happened in D.C., we have to be explicitly careful.»

Outside the Texas Capitol, members of a group called the Southern Patriot Council said they believe Joe Biden’s election as president was illegal. One member, who would only identify himself to Texas Public Radio as «General E» predicted states would pass laws to stop protests like theirs.

«You won’t be able to assemble anymore,» he said. «So the bottom line is, assemble now while you can, because they are attempting to make it illegal for us to do that.»

In Florida, Gov. Ron DeSantis is pushing legislation that would increase criminal penalties for violence committed during protests. He first proposed it in September following last summer’s demonstrations around the killing of George Floyd and other African-Americans by police. The legislation wasn’t introduced until last week, following the violence in Washington, D.C.

DeSantis says if there is any violence at the state capitol between now and the inauguration, law enforcement is ready.

«But that would not be advisable for people to want to do that in the state of Florida,» he said. «And understand, our legislation is going to pass in this legislative session. So if you riot, you are going to jail.»

Democrats in Florida oppose the legislation, saying it would be disproportionately applied to Black protesters. 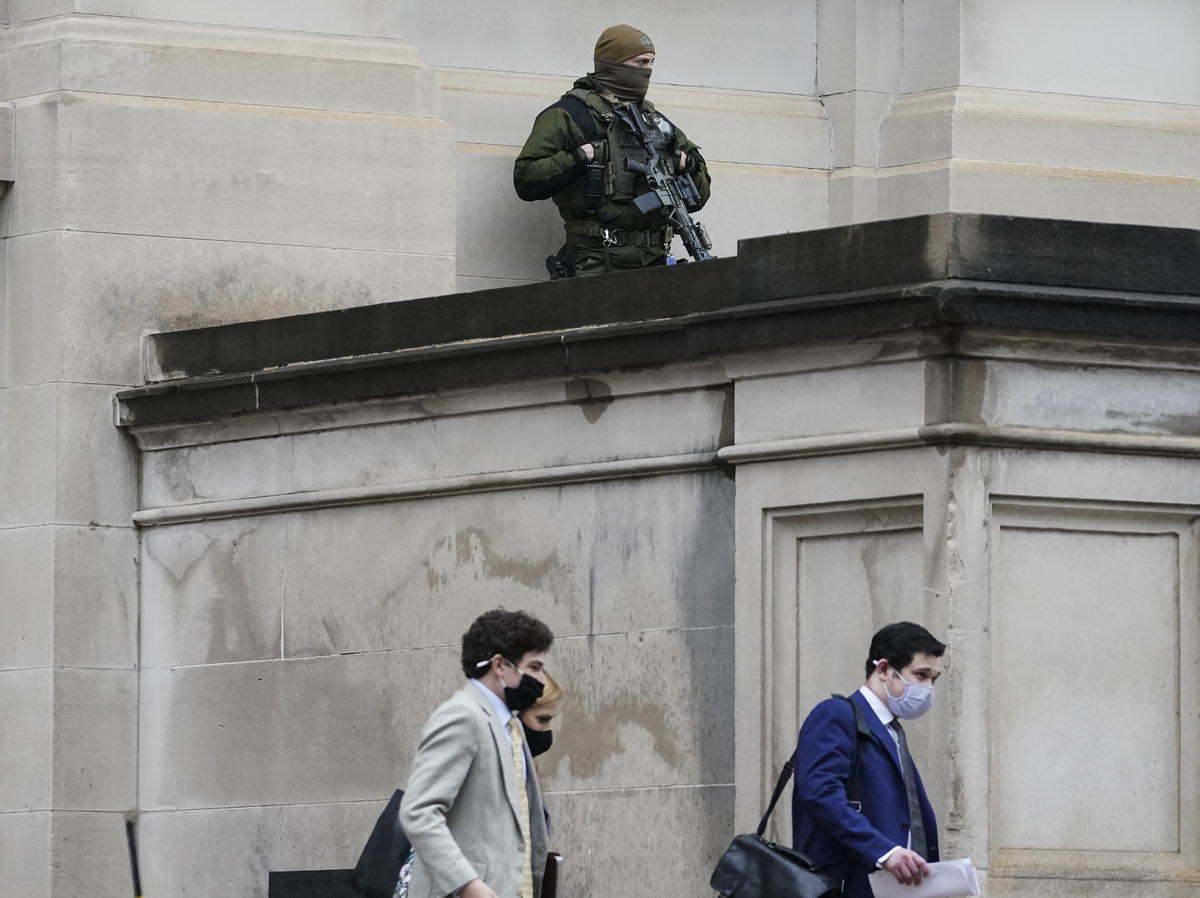 At Georgia’s Capitol in Atlanta, SWAT teams carrying rifles patroled the perimeter this week as the legislature opened its session. Around the building, an 8-foot permanent security fence is being erected. Georgia’s Capitol was at the center of protests for weeks as votes were counted and recounted following the Presidential election. Democratic State Sen. Elena Parent had harsh words for members of the legislature whom she said «spread lies and unfounded doubts» that encouraged violence.

«I saw it firsthand when I became the recipient of death threats as the first…hearing unfolded,» she said.

In Michigan, another state that’s seen intense political demonstrations, a commission has tightened security by making it illegal to openly carrying firearms in the state Capitol. Armed protestors demonstrated throughout the spring inside and outside the Capitol in Lansing. Some of those involved in the protests are alleged to have participated in a plot to kidnap Gov. Gretchen Whitmer.

That episode, plus the scenes at the U.S. Capitol last week have raised concerns among lawmakers and other elected officials about their own safety. D.C. Mayor Muriel Bowser unveiled a series of measures she wants the federal government to take to step up security leading up to next week’s inauguration. At a briefing, she was asked if she was worried about her personal safety.

«If I’m scared of anything it’s for our democracy,» she said. «Because we have a very extreme factions in our country that are armed and dangerous.»

As a precaution, Bowser asked the Trump administration to not to issue any permits for public gatherings between now and the inauguration. And she’s asking people to watch it online and not to come to the nation’s capital.

Republican National Committee chair Ronna McDaniel also released a statement, saying «Anyone who has malicious intent is not welcome in Washington, D.C., or in any other state capitol.»